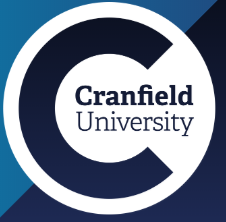 This technology enables complex drone operations, where multiple assets are able to carry out simultaneous tasks, controlled by a single user, to create a swarm effect. 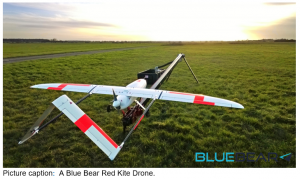 The five fixed wing drones clocked up 15 hours of flying time, over four days, in challenging weather conditions. The swarm comprised a combination of Blue Bear’s own Redkite and Cobra fixed wing systems, which flew multiple, simultaneous, sorties from a test range in the North West of England.

The drones were equipped with the latest Automatic Dependent Surveillance-Broadcast (ADS-B) technology, and the airspace was managed by Blue Bear’s airspace deconfliction software. All of the assets were controlled by a single operator from Blue Bear’s Mission Command Control System (MCCS).

Ian Williams-Wynn, Managing Director of Blue Bear Systems, said: “This is an exciting development for us, proving our ability to operate multiple drones, simultaneously, using the latest Blue Bear technology to deliver a swarm effect under BVLOS conditions.” 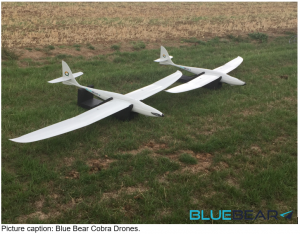 Yoge Patel, CEO of Blue Bear, added: “As agile innovators, this, once again, proves that we are able to develop game-changing capability rapidly.”

NBEC is a collaboration between Cranfield University and Blue Bear Systems Research Ltd that aims to create an experimentation corridor that will enable drones and unmanned aircraft to fly in the same airspace as manned aircraft.

Blue Bear executed three-kilometre Extended Visual Line of Sight (EVLOS) race track flights within the Cranfield Air Traffic Zone, utilising their Blackstart Unmanned Aerial System (UAS) towards their facility in Oakley. Regulations currently require drones to operate within visual line of sight of the operator at all times. Under EVLOS conditions, observers are used to maintain the line of sight while providing situational awareness to the operator.

The NBEC partners believe the key to future drone operations is not segregation, but unification ensuring fair and equitable use of airspace for all. NBEC will provide a safe, managed environment for drone and unmanned aircraft experimentation which will work towards their integration into controlled and uncontrolled airspace.  The aim is to see the corridor eventually stretch across Bedfordshire from Blue Bear’s headquarters in Oakley to Cranfield University’s airport.

Ian Williams-Wynn, Managing Director of Blue Bear, said: “When fully operational, the NBEC will be operated with Blue Bear and Cranfield running their respective systems, and will create an environment that allows other companies to come and test their UTM (Unified Traffic Management) concepts in a safe, managed environment.

“These initial flights, enabled us to provide Cranfield Airport with reassurance from an operational safety perspective that the systems Blue Bear had developed and put in place are appropriate and compatible with Cranfield Airport operations.”

Professor Iain Gray, Director of Aerospace at Cranfield University, said: “The Government’s new aviation strategy green paper highlights the exciting potential of modernising the UK’s airspace. These initial flights, mark an important step in the realisation of NBEC, which will be a national asset that will support the journey to the creation of a Unified Traffic Management system.”

The Civil Aviation Authority (CAA) recently hosted the NBEC Team at its London headquarters, and provided the team with support and encouragement on their project and their staged risk, managed approach. Workup flights will be continuing at both ends of the NBEC Corridor throughout 2019.

During this first phase of testing, the Cranfield Air Traffic Zone was cleared of manned aircraft, to enable the project team to establish the principles for future integrated NBEC operations.