Sign In Register
Drone-based setting out system trialled on site 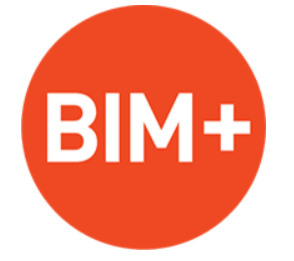 A leading Israeli infrastructure and real estate company has trialled an innovative drone-deployed marker system, embedded with data that can be read by smartphones, on two live sites.

Shikun & Binui trialled the technology, developed by local start-up Civdrone, on a real estate development and a road construction project to gauge its efficacy compared to conventional setting out processes.

The GPS-guided drone is fitted with a robotic arm that places marker pegs into the ground at designated locations. Each peg is coded with information useful to contractors, such as data related to setting out foundations and structures in advance of and during construction, that can be simply accessed by holding a smartphone against the marker. 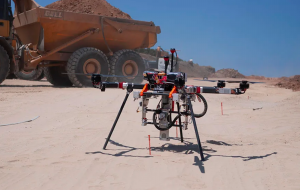 The system is quicker and less labour-intensive than traditional setting out processes, says Tom Yeshurun, CEO and co-founder of Civdrone: “The drone can lay up to 50 an hour, depending on the location, making it about four times faster than doing it traditionally. Instead of having eight people on the ground we only require one drone operator to monitor the process while the drone does all the heavy lifting.”

The system is also very flexible, he adds: “A project might need to mark 300 points one day, 200 the next and 500 the day after, which can make it difficult to determine how many people/teams to hire. Hire too many they are not effective, hire too few it creates bottlenecks, but using a drone makes it easy to adapt to demand.”

The platform’s high level of accuracy is underpinned by recent advances in real-time kinematics and GPS technology. However, weight is a limiting factor and at present the drone can carry a maximum payload of 20 pounds, in line with current regulations.

“One of the biggest barriers to implementation is the fact the AEC market is relatively conservative, but we are trying to mitigate that risk by keeping things simple,” says Yeshurun. “The only thing that really changes for the contractor is how they read information, they touch the peg in the ground with their phone and the information pops up on a table sheet in an app that tells them what they need to do.”

Most large contractors are now familiar with using drones to capture sites using LIDAR and digital photogrammetry, and may employ drone operators in-house.

Civdrone is planning to integrate the system into widely used construction management software, including Autodesk, Bentley and Procore. In addition, it is looking to work with other contractors in Europe and the US, and is currently in discussions with BAM, Vinci, Bougyues and Skanska in the UK. Demonstrations are due to be held in the US in September.

In a seminar at Digital Construction Week later this month Yeshurun will argue that construction has failed to exploit the true potential of drones as “carriers” for a variety of applications, not just a technology used to support 3D modelling or carry out remote inspections.

“In recent years we have seen more and more startups revealing products that use the drone payload capability to do much more, such as painting buildings, cleaning windows, or planting trees,” he says. “We’re trying to open a discussion on the other things drones can do and new commercial applications for the technology.”

Researchers at the Autonomous Manufacturing Lab (AML) at University College London are currently investigating the use of 3D printing drones able to manufacture complex building structures and adapt to diverse site situations.

The hope is that in future fleets of aerial printers could reduce construction time and eradicate safety concerns in hard-to access or dangerous locations, such as post-disaster reconstruction.