A new fleet of robots and drones designed to test for chemical agents have been put through their paces by troops, police officers and scientists for the first time.

The devices, which can also provide 3D mapping and identify casualties, were tested as part of a multi-million pound project co-funded by the MoD and the Home Office.

‘Project Minerva’ includes miniature drones which, according to the Government, could soon come into service to rapidly assess hazardous scenes.

The aim of the research is to reduce the risk to emergency services and front-line troops attending incidents or operations involving hazardous chemical or biological materials. 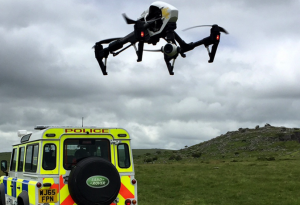 The technology was tested against the speed and accuracy of human response teams supported by specialist scientists, the military, and police and fire services.

Defence secretary, Gavin Williamson, said: “Following the reckless nerve agent attack in Salisbury this year, we have seen the bravery and professionalism of our Armed Forces, emergency services and MOD scientists. They have worked tirelessly to investigate and clean up deadly contaminated areas.”

He added: “This project will ensure we stay at the forefront of dealing with such heinous attacks, whether on our streets or on foreign battlefields. We are investing millions in this pioneering technology to do more to protect those who so fearlessly protect us.

Project Minerva was launched in September 2016 and has been supported by over £3 million in joint funding over 24 months.